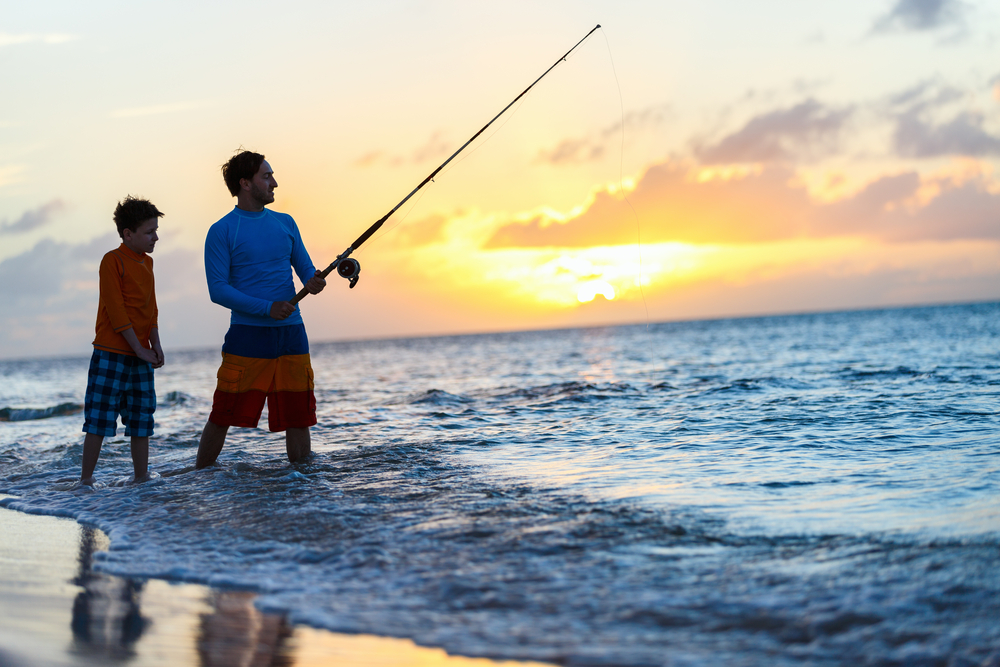 Listen, if there’s one thing we know about Two Rocks and the marina, it’s this – there’s an absolute TON of space and variety for some killer all-day fishing sessions.

Even better, there’s a great selection of fish in the area, giving you plenty of options depending on what you feel like fishing at the time.

Here’s a list of the most common types of fish you can find in and around Two Rocks.

The Australian Herring is a staple of any coastal fishing spot in southern Australia and are a common sight for recreational fishermen and commercial fisheries alike. For the most part, these look very similar to the Australian salmon, featuring the same silvery-white scales and fellow fins. Though they differ with a more rounded head and larger eyes. Australian Herrings also have several rows of golden brown spots on their sides and can be easily identified by their distinctive black colouring on the tips of their tails.

These fish can be found all along Two Rocks and the surrounding area, you don’t even have to leave the marina!

A surprisingly aggressive school fish that moves along the coastal waters of WA, Tailor make for an easy catch. Predominantly silver in colour, the Tailor also displays a green, blue and even olive colouring along their backs and often feature a green or pale yellow fin. When the tide is coming in, these fish are especially plentiful along the beaches north of Two Rocks.

Often rated as one of the best-tasting fish in the WA seas, the King George Whiting is known as being an enigmatic fish for many and is often confused with the more common types of Whiting in the waters. These fish often appear a light grey in the water but that changes when pulled out as their colouring changes to a brown or even bronze tinge on their backs. Like other whiting, the King George also features a multitude of brown spots along the sides of its body.

If you’re lucky, you can catch one of these rarer fish along the Yanchep Lagoon, a few minutes south of Two Rocks.

Last, but certainly not least, we look towards a WA icon – The Dhufish. Occurring only in Western Australian waters, the dhufish is rightly a popular catch amongst recreational and commercial fishermen, given its large size and great taste. The dhufish also can live for a long time, reaching 40 years of age, and grow large, often reaching roughly a meter in length once fully grown.

In addition to its distinct size, the dhufish is easy to spot, having an easy to identify profile due to their large heads and robust body. The fish are also commonly mauve in colour, though can vary to silver and grey.

Unlike most of WA, there’s no need to hop in a boat to catch these mighty fish. In Two Rocks, you can fish these fish right from the beach!