Why buy at Atlantis Beach? 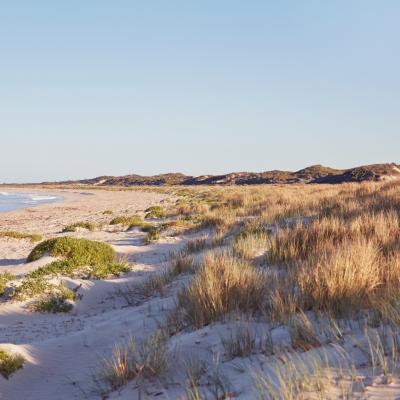 New residents to Perth are weighing up carefully where the best place to live in Perth is before making their buying decision and many are choosing the northern beaches. Independent property expert Gavin Hegney says, “the coast has always been popular and has traditionally increased in value, while newcomers from interstate and overseas are not influenced by previous family location choices; they simply evaluate and choose the best lifestyle location to suit their budget.”

WA’s population has soared in the past five years, on average more than 70,000 new people calling the state home each year; many settling in beach side suburbs along the northern corridor. According to the Australian Bureau of Statistics, Perth’s northern beachside suburbs are some of the fastest growing in the country, with population growth rates up to five times the national average.

Why are newcomers choosing to live in Northern suburb developments, such as Atlantis Beach?

“New West Australian buyers recognise value quickly and do not have preconceived ideas, they know that living in a new community with a huge range of existing facilities is the place where property values grow quickly. They also know that the best future for their children is linked to having good schools and universities, hospitals, employment opportunities and healthy sporting and recreational facilities within easy travel time,” Mr Hegney said.

The new Atlantis Beach development, in already established Two Rocks, has fast attracted significant interest with buyers snapping up house and land packages during the first weekend on offer. Atlantis Beach will eventually incorporate four primary schools, two high schools, including a private K-12 college – parks, community centres and shops, which will complement the area’s existing infrastructure. Atlantis Beach development director Nick Perrignon said most new residents to WA do their research on where they want to live well before they get here.

“The northern suburbs have a very wide range of jobs on offer; there is a huge number of professional jobs, trades, retail positions, opportunities in health and medical as well as education and a strong manufacturing and technical skilled employment base driven out of Joondalup, Gnangara and Wangara – all within 30 minutes’ drive of the best coastal home sites at Atlantis Beach.

“The transport infrastructure to the north of Perth, especially coastal, is better than any other region, with the train from Butler linking to the city in 37 minutes, while the freeway is far more developed and the transport infrastructure to the airport is easily the fastest and smoothest, compared to other parts of Perth.” Mr Perrignon said investors have traditionally chosen the northern corridor because that is where families want to live and where new home buyers always achieve the best value.

“Property values grow fastest at coastal locations and this is why astute investors have supported buying in new beachside communities.” Atlantis Beach has a mature, safe and well established community, where the best things in life exist; especially wide flat beaches, protected by reefs that provide great fishing, boating, swimming and surfing opportunities.Residents can enjoy a healthy family lifestyle, in a quiet northern location, where the recreational opportunities for children are abundant, and they are free.

“The marinas that were developed to the north of Perth have resulted in a lot of new housing, in Hillarys and Mindarie, where after the initial periods of real estate uptake, the proof is clear that marinas provide a strong driver of lifestyle, new retail and recreational activities and especially value for those who get in early. “These opportunities are just now being unleashed in Two Rocks.”

“Substantial investment is set for the area, with the launch of a new master-planned private community due to take shape alongside the town’s existing infrastructure.”

“It is partly due to improved infrastructure and a desire to live near the coast that the population in the far northern suburbs has exploded in recent years and will continue to grow,” Mr Perrignon said.

Get in touch with us today to find out more about the amazing benefits of living in a Northern community such as Atlantis Beach.