Youth is no barrier for First Home Buyers at Atlantis Beach 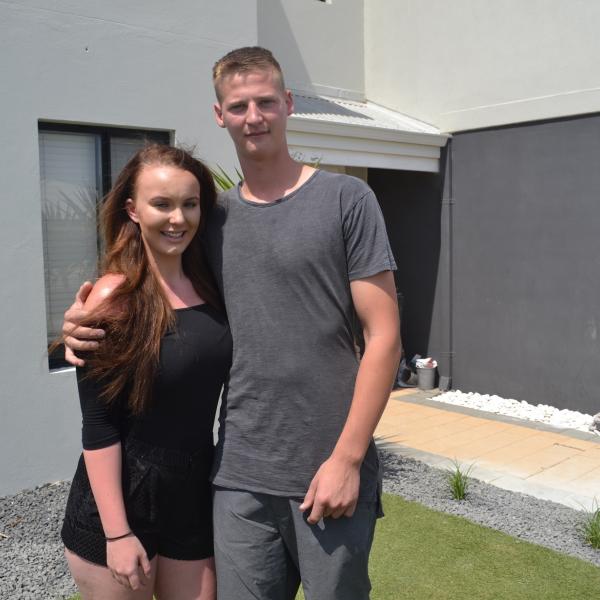 Butler couple Candy Warner and Joshua Shipstone prove that age is no barrier to owning a new coastal property in Perth.

With the average age of first home buyers now in the early 30’s, Candy (18) and Joshua (20) have set an example for other first home buyers in Western Australia by building a new four bedroom, two bathroom home at Atlantis Beach Estate in Two Rocks.

Candy, who is an assistant accounts officer, and Joshua, who is an electrician, were keen to get on the property ladder as soon as possible. According to Candy, the house and land package they bought at Atlantis Beach was very affordable at just $360,000.

“Both Joshua and I are really thrilled that construction work on our new four bedroom, two bathroom home will soon begin and we can then start living the dream of  owning our own new home beside the beach.

“Instead of waiting years to own our new home near the beach, the competitive house and land packages at Atlantis Beach has meant that we are now able to immediately build our new home in an area with great future potential.

“Our new home is located on a 463sqm lot which is at least $70,000 cheaper than comparable lots in nearby coastal estates. It also had a 15 metre frontage which is exactly what we needed for our new home,” she said.

Joshua added that he and Candy had also made the decision to build their new home at Atlantis Beach because they could see the long term potential of the area.

“New infrastructure is coming into the coastal community of Two Rocks including a planned K-12 College and we believe over the years our new home will be great investment.

“As an electrician I work in many new estates throughout Perth helping to build new homes. For me Atlantis Beach with its Marina and existing community offers the best value for money that first home buyers in the current Perth property market,” he said.

First home buyers like Candy and Joshua currently account for 48% or nearly half of all lots sold at Atlantis Beach since the Estate was launched late last year.

“It is no surprise then that first home buyers such as Candy and Joshua are now flocking to Atlantis Beach because they can build a new house and land package for more than $200,000 lower than the median house price in Perth which is currently at $522,133.

“First home buyers are taking advantage of historic low interest rates and very competitive land prices to build a coastal home that over time will appreciate strongly in value due to Western Australia’s love affair with coastal living.

“The very attractive property prices at Atlantis Beach have meant that there are now twice as many first home buyers purchasing lots in the Estate as upsizers and downsizers combined (22% of all buyers).

“First home buyers can view the wide selection of homes they can build at Atlantis Beach at our new display village which is located at Parkside Street, Yanchep along Two Rocks Road and will service Capricorn Yanchep and Atlantis Beach Estates. “The display village and land sales office is open from 11am to 5 pm Saturday to Wednesday each week,” he said.